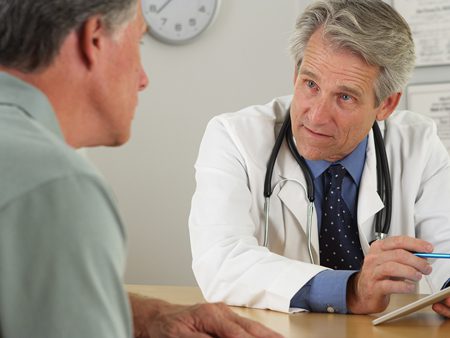 In addition to causing difficulties in your relationships with family and friends, alcohol abuse can take a severe toll on your physical health.

The full effects of long term alcohol abuse on the human body are still unknown, but researchers have been able to link heavy drinking to a number of serious medical issues.

1. Anemia
Anemia is characterized by an abnormally low number of oxygen carrying red blood cells. When someone is anemic, they will experience symptoms such as fatigue, shortness of breath, headaches, chest pain, and pale or yellowish skin. Untreated anemia can lead to dangerous heart problems.

2. Cancer
The human body converts alcohol into acetaldehyde, a potent carcinogen. Alcohol abuse has been linked to multiple types of cancer, including liver, breast, esophagus, mouth, throat, and colorectal cancer.

3. Cardiovascular disease
People who abuse alcohol have platelets that are more likely to form blood clots, creating an increased risk of stroke or heart attack. Alcohol abuse can also cause cardiomyopathy and heart rhythm abnormalities.

4. Cirrhosis
Liver damage is perhaps the best-known complication of long term alcohol abuse. Alcohol use can cause severe scarring in the liver, which is referred to as cirrhosis. Women face an increased risk of developing the condition when they abuse alcohol.

6. Dementia
As we age, we experience a gradual decline in cognitive functions. Unfortunately, heavy drinking speeds up the normal aging of the brain. This can create memory loss, confusion, a decline in problem solving ability, and other signs of dementia.

7. Depression
Although it’s true that people who suffer from depression often use alcohol to self-medicate, abusing alcohol can actually lead to depression in certain individuals.

8. Gout
Gout is the result of uric acid crystals forming in the joints. It’s largely hereditary, but alcohol use and poor diet also play a role and can aggravate existing cases.

10. Malnourishment
Nutritional deficiencies are common in people diagnosed with alcohol addiction, since alcohol fills the body with empty calories and limits the ability to absorb key nutrients. However, malnourishment can be effectively addressed by a qualified addiction treatment center.

12. Obesity
Alcoholic beverages are high in calories, which can cause weight gain over time. Obesity also increases a person’s risk of developing conditions such as high blood pressure, sleep apnea, heart problems, and joint pain.

14. Pancreatitis
Inflammation of the pancreas can result in severe abdominal pain and chronic diarrhea. This is due to alcohol’s interference with the digestive process.

15. Seizures
Alcohol abuse can cause seizures in people who don’t have epilepsy. It can also interfere with the effectiveness of medications used to treat convulsions in epileptics.

16. STDs
Heavy drinking suppresses the immune system, leading to an increase in infectious diseases. Alcohol is also strongly associated with an increase in unprotected sex, multiple partners, and other forms of risky sexual behavior. Studies have found that heavy drinkers have three times the risk of contracting an STD as those who don’t drink at all or only drink moderately.

17. Thyroid Problems
The thyroid gland, located at the base of the neck, releases hormones that regulate metabolism, energy, and body temperature. Heavy drinking affects the body’s ability to utilize thyroid hormones, since the liver is preoccupied with metabolizing alcohol. For those who’ve already been diagnosed with hypothyroidism, alcohol can worsen the condition by limiting the effectiveness of their medication.