Home » Addiction » Acceptance of Drugs in our Culture »

Acceptance of Drugs in our Culture 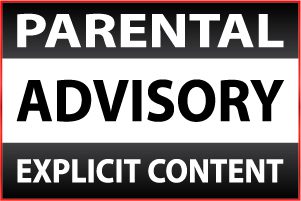 Watching the growing acceptance of drugs in our culture can be overwhelming and upsetting.

Drugs are referenced on TV shows, in pop music, in movies–and newspapers often feature stories about crimes or tragedies related to drugs.

The prevalence of drugs in our culture can be linked to the epidemic of young children who have tried drugs or are using drugs.  According to SAMHSA’s Annual Survey on Drug Use, there were just over 2.8 million new users of illicit drugs in 2013, or about 7,800 new users per day, and over half (54.1 percent) were under 18 years of age (Drug Facts: Nationwide Trends).

Glamorizing drug use is dangerous to young kids.

Whether in TV, film, music, social media, or fashion, drug use is often glamorized.  One may argue that it’s a parent’s responsibility to shield their children from drugs, but that task is almost impossible. Should we shield our kids from current music?  From computers? From classmates at school?

Starting a dialogue with your children is the best offense against a culture that seems to glorify drugs.

Talk about how TV and music portray drugs. Research with them the negative consequences of drug use.
Most importantly, communicate.  Let them know that drugs are not tolerated, but also let them know you are always open to talking.  We may not ever rid our culture of drugs, but we can educate generations to come.

Victory Addiction Recovery Center offers Inpatient Treatment and Outpatient Programs. Contact us to find out how we can help you at (337) 456.9111.