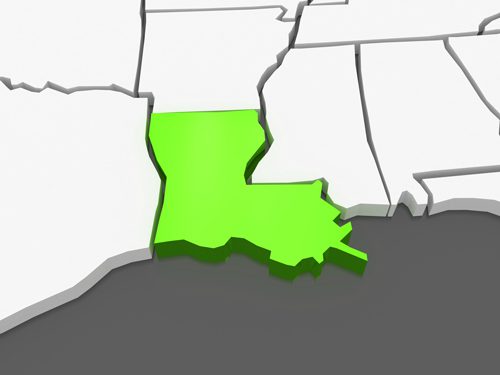 “We lose a Vietnam War every single year to drug overdoses,” said Tom Price, US Secretary of Health and Human Services.

The Opiate Epidemic in the U.S.
For Americans under fifty, drug overdose is now the leading cause of death. In 2016, 59,000 to 65,000 people in the US died from overdoses. Data suggests that drug-related deaths rose almost twenty percent in 2015, and now in 2017 the problem is even worse.

Here are a series of maps which show how drug overdose fatality has grown in the US over the years. The New York Times explores reasons for the opiate epidemic in the article, “Drug Deaths in America Are Rising Faster Than Ever.” Heroin and opiate addiction accounts for over sixty percent of death-related drug overdoses, so when we talk about a rise in overdoses, we are talking about a greater opiate problem.

The Problem of Fentanyl
Why are fatal overdose numbers going up? And why are they growing more in certain areas of the country? One reason is fentanyl—a synthetic opiate that can be a hundred times more potent than morphine. It is often used as a substitute for heroin or mixed with heroin. Because it is stronger, it is easier to overdose, especially if the user doesn’t know the heroin they are taking is laced with fentanyl. One reason opiate overdoses are more frequent on the East Coast of the U.S. is because powdered heroin is more common in the east and black tar heroin is more common in the west. The powdered heroin is indistinguishable from fentanyl and can lead to a fatal dose of fentanyl. Like heroin, fentanyl overdoses should be immediately treated with naloxone. However, to reverse the overdose, fentanyl may require larger doses of naloxone than heroin, which is another reason fentanyl leads to more deaths.

The New York Times quotes the Akron Police Department as saying they can mark the day carfentanil, an elephant tranquilizer and the most deadly form of fentanyl, first came to the city. They can tell the specific day it began to be sold because the overdose rates rose in a matter of hours.

Prescription Opiate Use in Louisiana
Appalachia, the Midwest, and New England—particularly West Virginia, Pennsylvania, Ohio, and Kentucky—have gotten a lot of media attention about their opiate addiction rates. However, opiate addiction is becoming more and more an issue across the country, and Louisiana is no different.

In Louisiana, there were 861 fatal overdoses in 2015. Eight states have more opiate prescriptions than residents. Louisiana is one of those eight states. Prescribed pain killer abuse can lead to heroin abuse—which is one reason heroin overdoses are rising so dramatically in the country and in Louisiana.

One aspect of a drug epidemic that might not be obvious is an epidemic’s effect on the workforce. Eighty-five percent of injured workers in Louisiana on pain medication received opiates from 2012-2014. One sixth received opiates long-term, which makes Louisiana at the top of the list of states for long-term opiate use. The National Institute on Drug Abuse claims that eighty percent of Americans struggling with heroin addiction started the road to addiction through prescribed pain medication.

If employees are struggling with an opiate addiction, their safety at work is compromised and they may not be able to hold on to their job at all. Turnover in jobs is not ideal for companies, and in the end, the opiate epidemic is costing everyone.

What is the Louisiana Government Doing to Combat Prescription Opiate Abuse?
Eddie Crawford is the Risk Manager for Brookshire Grocery Company and has noted that prescription opiate abuse is worse in Louisiana than in the other states Brookshire hires in. Crawford believes it’s because of politics and poor state guidelines.

In an effort to curb opiate addiction in Louisiana, Governor John Bel Edwards signed three bills on June 12, 2017. The legislature will limit prescriptions and decrease “doctor shopping,” the practice of going to multiple doctors to get more medication. Another bill will limit first-time prescriptions for pain to seven days, instead of the current thirty days. However, this bill does not apply to chronic conditions such as cancer. This Washington Times post gives more information on the legislation.

Edwards has a message for the people of Louisiana, “There’s hope for anyone at risk of falling into addiction as well as those who are already struggling. We hear you and we’re acting.”