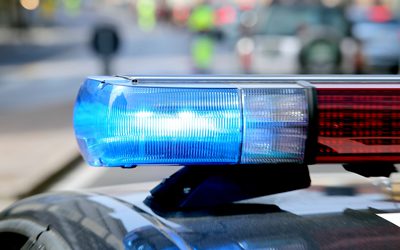 It depends who you ask. Police officers often use publicized sobriety checkpoints as an important enforcement tool.

Critics are often frustrated at having to wait in line at a checkpoint when they do not use drugs or alcohol while driving. They see it as a human rights violation, and they also think it is an inefficient way to detect drunk drivers. The Mothers Against Drunk Drivers (MADD)  organization has led the crusade to increase sobriety checkpoints. Major opponents are the Bar Association in some states and some individuals in the Food and Beverage industry who feel everyone is targeted. Some states have outlawed sobriety checkpoints at this writing, but the issue remains controversial.

The anti-checkpoint argument states that sobriety checkpoints cost not only too much money but can cost citizens their rights.

City data from California indicates that out of 1.8 million drivers stopped at sobriety checkpoints, only 5,000 people were arrested, which yields a 0.45 percent success rate. On the other hand, roving patrols arrested 14.7 percent of those stopped. Similar data is reported for Virginia.

Most citizens support sobriety checkpoints and feel that the benefits of pulling drunk drivers off the road far outweigh the inconvenience of being stopped for a few minutes at a checkpoint. Officers must suspect alcohol or drug use in excess before requesting sobriety testing.

The National Highway Traffic Safety Administration (NHTSA), reported a decline of 26% in death as a result of a statewide sobriety checkpoint program in New Mexico, with similar reductions In New Jersey, and Tennessee. NHTSA , in a special program, publicized weekly checkpoints that resulted in a 20 percent reduction of alcohol-related fatalities that continued for 21 months after the program’s end.

You can check your state’s sobriety checkpoint laws to see what measures your state is taking to ensure the safety of everyone on the road.