Addiction to Cocaine: What It Looks Like and How It Happens 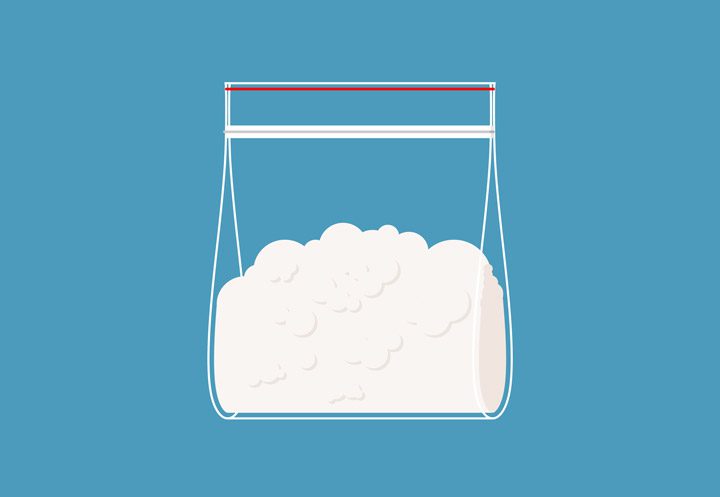 Cocaine is a highly addictive stimulant drug, illicit because of how dangerous it can be. Though it is harder to obtain and more expensive than other types of drugs, cocaine is still widely used.

The National Institute on Drug Abuse found that an estimated 16.8 percent of people over the age of 26 in the United States in 2018 had used cocaine at some point in their life. A person using this drug may suffer from addiction even with inconsistent use.

What Is Cocaine and Why Should You Avoid Using It?

Cocaine is a white, powder-like substance. When used, it can cause a reaction in the central nervous system. As a stimulant, it causes the brain and central nervous system to work harder, creating a feeling of enhanced energy. Some people seek out this drug because of its ability to create that energy and focus. Others use it as a way to achieve a high or sense of euphoria.

Cocaine use can cause a number of effects. These include excessive talking, anxiety, intensity, overconfidence, and improved focus. Cocaine causes the brain to release a high amount of dopamine, a drug associated with pleasure. The brain comes to require the drug to create positive feelings, and thus cocaine creates dependence. The use of cocaine is dangerous and comes with many negative consequences. These may include:

What Happens When Cocaine Addiction Occurs?

Because cocaine makes a person feel excited and full of energy, it is easy to become addicted to its use. For some, this drug can help minimize the impact of depression or the symptoms of post-traumatic stress disorder.

A person has an addiction when they compulsively seek out the drug. Over time, they cannot stop doing so and, eventually, it becomes a focus. Most people with cocaine addiction recognize that it is dangerous, and some users want to stop. But stopping is hard to do when the brain is dependent on the drug.

Recognizing the signs of addiction is critical to knowing when to get a loved one help. Because of the nature of addiction, most people are unable to see the signs themselves or stop using without professional treatment. Some of the most common signs of cocaine use include:

Perhaps the most common sign of cocaine dependence is the onset of withdrawal symptoms and cravings when a person lacks access to the drugs. Withdrawal can create intense pain and trouble concentrating. Many people experience a drastic low in energy levels, motivation, and ability to concentrate. They also may be at a higher risk of having a seizure, hallucinations, or paranoia.

Because of the danger of cocaine withdrawal, medically monitored detox can be a critical investment. Medical professionals will monitor the person around the clock to minimize the risk of life-threatening events during the process of removing the drugs from the system. After detox, residential treatment at a facility that provides individual and group therapy, among other treatments, is essential to helping a person maintain long-term recovery.

How Can You Get Help?

Are you facing the intense highs of cocaine and finding yourself unable to stop using it, even though you want to? Perhaps your health is deteriorating from prolonged use, and you’re unsure what to do now. Reaching out for drug addiction treatment is your best option.

Our program at Victory Addiction Recovery Center provides a safe environment for your brain to heal and your body to overcome the damage from this toxin. You will also engage in evidence-based treatments, such as cognitive-behavioral therapy and holistic therapy aimed at treating the whole person.

Whether you have used cocaine for a long time or just started, treatment is effective and can provide you with the support you need to sustain recovery. All you have to do is to reach out for it, embrace it, and explore a life in sobriety.

Looking for an addictionologist in Louisiana? To learn more about our programs at Victory Addiction Recovery Center, please contact us anytime at (337) 456.9111.