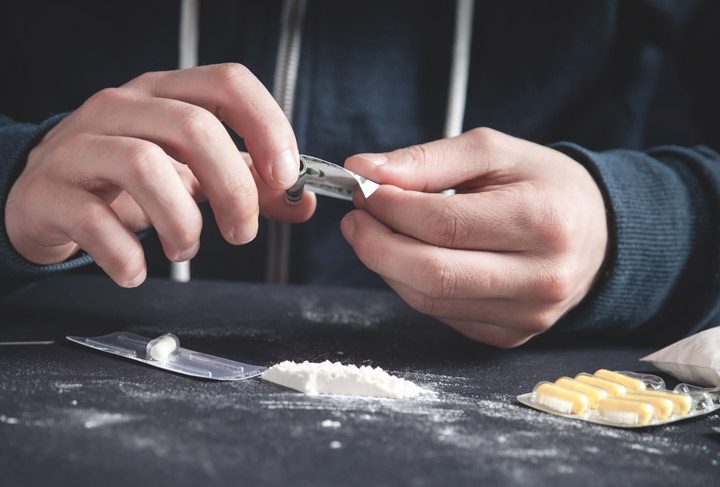 Stimulants are a type of drug that increase activity in the body, often boosting the function of the central nervous system. These drugs may enhance performance and create a sense of euphoria. When used regularly, some stimulants are also likely to cause addiction.

How Do Stimulants Work?

Many people seek out stimulants as a way to get a boost of energy as well as a feel-good high. These drugs may help increase mental focus and attention by triggering the release of dopamine in the brain. While it can feel good to use these drugs, the high often fades into a sensation of anxiety.

When used over a long period of time, stimulants can lead to addiction and dependence. The brain can become so accustomed to the presence of the drug that it becomes difficult, if not impossible, for the brain to function properly without it. When a person stops using the drug, the changes in the brain’s chemistry lead to the onset of withdrawal symptoms including pain and intense cravings.

Let’s take a closer look at some of the most common stimulants.

These stimulants are often used as a medical treatment for conditions such as ADD. They include prescription drugs such as Dexedrine and Adderall. When used by a person who does not have a medical reason to do so, the drugs create a high that feels like increased energy and focus. They are often used as a study drug by students who want to focus on school work. Because these drugs can also create increased levels of confidence, they can lead users to take risks they would not otherwise take. Amphetamines can be highly addictive.

This drug is highly addictive, easily recognized as an illegal substance, and commonly used for the high it creates. Users typically snort this white, powdery substance. However, when cocaine is boiled with baking soda and water, it forms a solid substance that is broken into pieces to be heated and smoked: this is called crack cocaine, and is even more addictive because it is so concentrated. When used, cocaine creates excitability and enhances focus. It may also cause weight loss, dilated pupils, and high energy levels. Cocaine addiction can be very difficult to stop, especially over long-term use.

Perhaps a lesser-known stimulant, this drug speeds up the way the central nervous system functions, allowing messages to get to the brain faster. The khat plant’s leaves and twigs are often used by chewing them. However, they can also be dried and smoked. This drug can cause increased talkativeness, feelings of energy, a faster heart rate, and a reduced appetite. In some people, it can also lead to improved alertness and a better ability to concentrate. It also leads to a significant high that can be very addictive, even with short-term use.

A highly potent drug, meth is a central nervous system stimulant. It is sometimes used as a way to treat ADHD and narcolepsy. However, it is often misused by those seeking a high and enhanced energy level. This drug creates enhanced sociability, focus, and feelings of pleasure. People using it often “feel good” about themselves. The drug interacts with the chemistry of the brain, leading to the onset of meth addiction. Some people smoke this drug while others inject it. Some use it by prescription in pill form.

Each of these and other stimulants create an increased risk of addiction and dependence when a person misuses the drug. For those using a stimulant prescribed for them by a doctor, there is a risk of addiction forming if they use the drug outside of the directions provided.

Over time, these drugs change the chemistry of the brain. The brain becomes dependent on the substance to carry out normal tasks. A common sign of dependence occurs when a person tries to stop using the drug and experiences withdrawal symptoms such as intense pain, anxiety, and cravings to use again.

If you or a loved one is using stimulant drugs outside of a prescription, the best first step is often treatment in a detox center. This allows for a safe detox process that controls withdrawal side effects. Detox followed by ongoing treatment in a residential treatment center may provide an individual with the best ability to overcome their addiction.

Looking for a treatment center with detox in Lafayette? learn more about our programs at Victory Addiction Recovery Center, please contact us anytime at (337) 456.9111.