Home » Addiction » The Harmful Side Effects of Synthetic Cannabinoids »

The Harmful Side Effects of Synthetic Cannabinoids 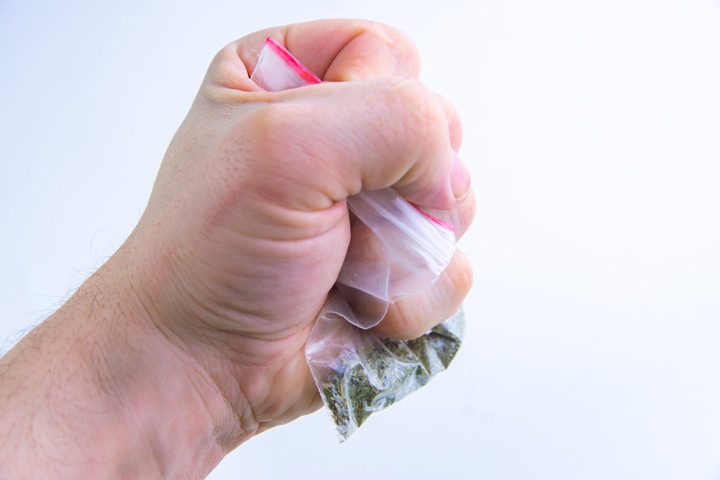 Synthetic cannabinoids are typically mixtures of herbal ingredients that also contain cannabinoid chemicals. They are made in a lab and designed specifically to mimic the effects of THC to create the same high that marijuana creates.

Sometimes, these drugs are marketed heavily as being safe to use or a better alternative to using marijuana. However, synthetic cannabinoids can lead to dependence and possible health problems in those who use them.

What Are These Drugs?

There are no commercial or medical uses for synthetic cannabinoids. They may be called names such as black mamba, moon rocks, smacked, bliss fake weed, or K2. Often, they are developed in a lab and then sold online, in drug paraphernalia shops, or gas stations. These drugs are often sold as shredded plant material used for incense. People smoke the dried plant products or use them for tea.

Because these drugs are not the same as marijuana, they are often not recognized as being problematic. Although many synthetic cannabinoids are illegal, new ones are easily developed, and manufacturers try to sidestep regulations by labeling them “not for human consumption.”

The lack of oversight in the production of these drugs means that they may contain very harmful ingredients to a person’s health, sometimes leading to sudden overdoses. Even though they may be marketed as being safe to use, promising that they are natural products, that’s rarely the case.

What Do Synthetic Cannabinoids Do to You When You Use Them?

People have different responses to these drugs. Many times, use leads to:

The long-term effects of synthetic cannabinoids are unknown. However, they may very well be addictive. Many users have reported suffering from withdrawal symptoms after extended use. Withdrawal symptoms are a sign of dependence, which occurs when the brain and body adapt to the presence of the drug and come to rely on it to function. A person with dependence may be unable to stop using the drugs without feeling intense cravings for them. Withdrawal symptoms from synthetic cannabinoids typically include irritability, depression, anxiety, and headaches.

Some people using these drugs have extreme reactions. Overdose is possible in all situations. These drugs can cause toxic reactions in the body while also causing high blood pressure, a drop of blood supply to the heart, kidney damage, and seizures.

Some people also have suicidal thoughts or engage in violent behavior due to using these drugs. Not everyone experiences the same type of high that others do.

What Should You Do If You or Someone You Know Is Using These Drugs?

A person using any type of synthetic cannabinoid is not using a safe product. These products are often misleading in their marketing and carry with them significant health risks.

There are no medications approved by the FDA to treat dependence on K2, Spice, or other forms of these drugs. However, detox and therapy can help those who have a significant dependence.

Doctors and therapists can work together to create a treatment program that enables a person to stop using these drugs in a safe manner. Treatment may then include long-term therapy, such as cognitive-behavioral therapy. Therapists can help diagnose and treat underlying mental health disorders that may have led to the onset of substance use.

Getting Help Now Is Essential

There’s no doubt a new synthetic cannabinoid will hit the market. These drugs expose a person to the onset of dependence and substance addiction that may lead to numerous health problems. The sooner help is sought, the better.

At our drug and alcohol treatment center in Lafayette, LA, we work closely with people battling dependence on drugs and alcohol. Here, you can find the treatment you need to heal and overcome the damage created. Reach out to Victory Addiction Recovery Center today.

Are you or a loved one looking for a Lafayette drug rehab? To learn more about our programs at Victory Addiction Recovery Center, please contact us anytime at (337) 456.9111.